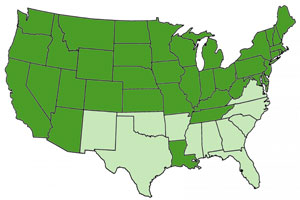 Peanuts are grown in the warm climates of Asia, Africa, Australia, North and South America. India and China together account for more than half of the world’s production. The United States has about 3% of the world acreage of peanuts, but grows nearly 10% of the world’s crop because of higher yields per acre. Other major peanut growing countries include Senegal, Sudan, Brazil, Argentina, South Africa, Malawi, and Nigeria.

In the United States, ten states grow 99% of the U. S. peanut crop: Georgia (which grows about 42% of all U. S. peanuts), followed by Texas, Alabama, Florida, North Carolina, South Carolina, Mississippi, Virginia, Oklahoma and New Mexico. These states are grouped into three regions. The Georgia-Florida-Alabama-Mississippi-Arkansas region (Southeast) grows mostly the medium-kernels Runner peanuts. The Southwest region (Texas-Oklahoma-New Mexico) grows Spanish, Runner Valencia and some Virginia type varieties. The Virginia-Carolina area grows mostly the large-kerneled Virginia type peanut. About 68% of all U. S. peanuts are grown in the Southeast, with the Virginia/Carolina area accounting for about 13% and the Southwest, about 18%. 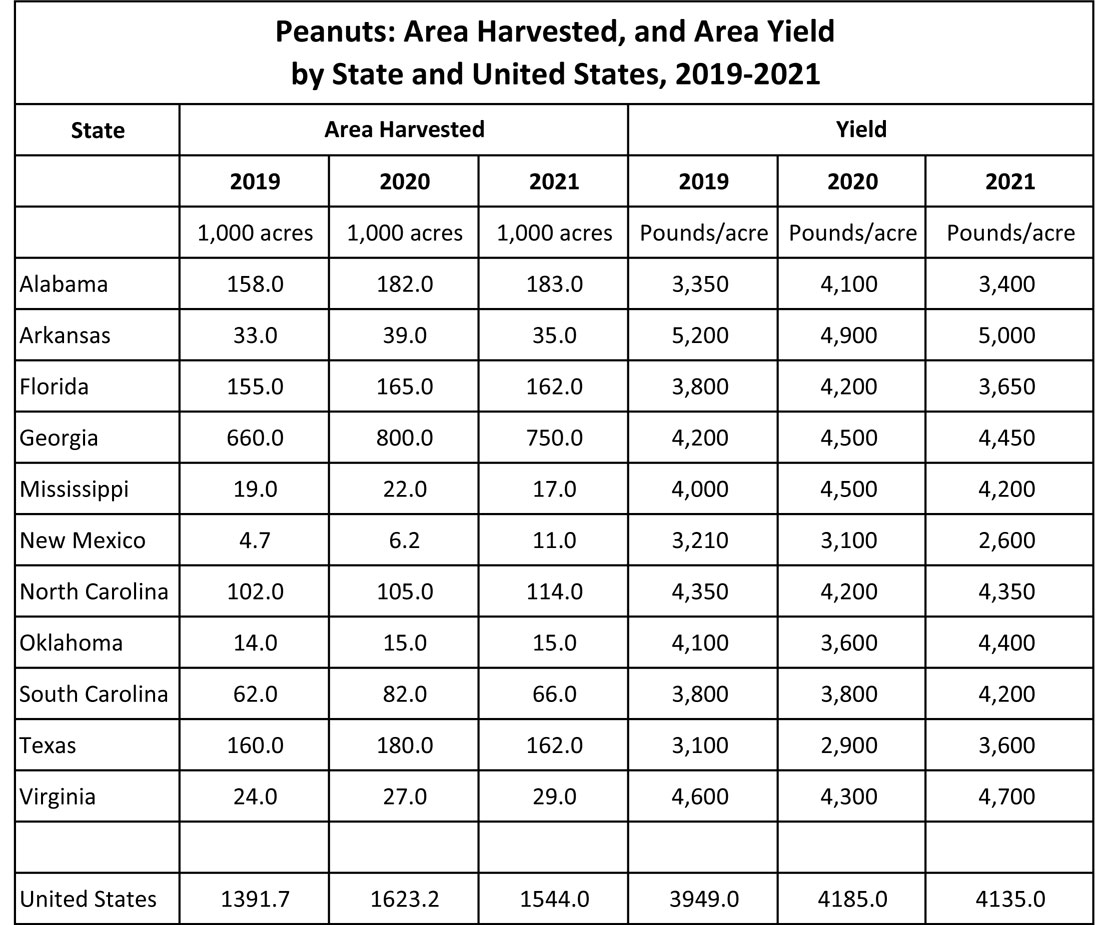 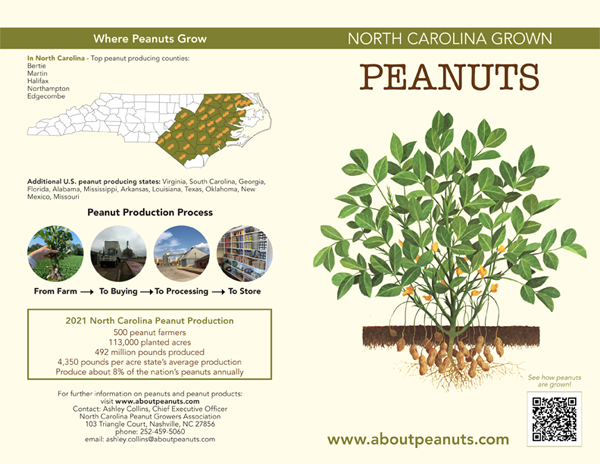 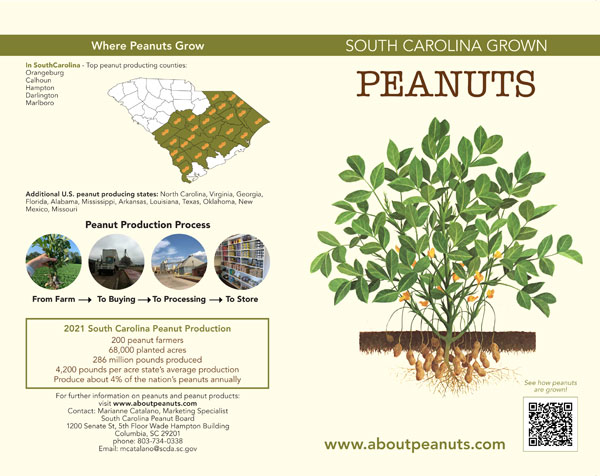 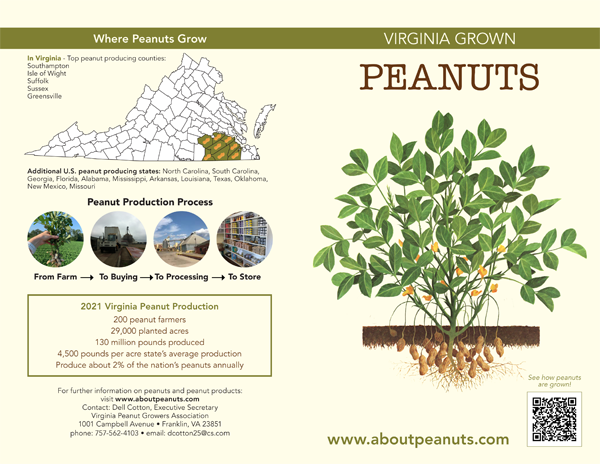 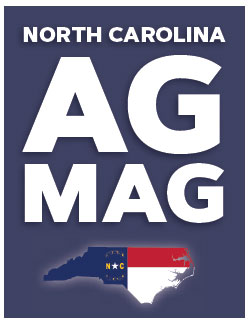