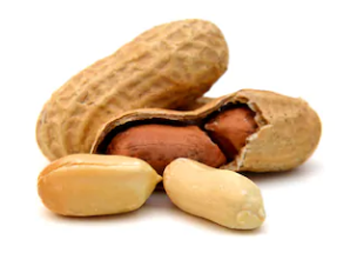 Peanuts were known as early as 950 B.C. It is believed that they originated in Brazil or Peru and were carried to Africa by early explorers and missionaries. From there traders took them to Spain and “The New World.' Colonial traders used the peanuts as food aboard ship as they were cheap and of high food value. The first commercial peanut crop in Virginia was grown in Sussex County (near what is now Waverly) in the early to mid 1840's and the first ones in North Carolina were grown in the Wilmington area beginning around 1818.

For a long time peanuts were considered simple fare. The war between the states helped change the peanut status when Union Army soldiers found them to their liking and took them home. The call, "Hot Roasted Peanuts", was first heard in the late 1800's at P.T. Barnum's circus. Desire for peanuts spread as circus wagons traveled across the country.

The peanut was not a significant agricultural crop until the early 1900's when the boll weevil destroyed the South's cotton crop. Today peanuts are a multi-million dollar industry in North Carolina, South Carolina and Virginia and an important crop in the Southeastern United States.